the United States are found in adults between the ages of 20 – 44. The incidence in adults sharply decreases in frequency after age 45, with very few older adults having this tumor.

Although the cause of medulloblastoma is unknown, scientists are making significant progress in understanding its biology. Changes have been identified in genes and chromosomes (the cell’s DNA blueprints) that may play a role in the development of this tumor. For example, one-third to one-half of all pediatric medulloblastomas contain a change on chromosome 17. Similar changes on chromosomes 1, 7, 8, 9, 10q, 11 and 16 may also play a part.

There are a few rare, genetic health syndromes that are associated with increased risk for developing this tumor. For instance, a small number of people with Gorlin’s Syndrome develop medulloblastoma. (Gorlin’s Syndrome is an inherited tendency to develop basal cell carcinoma in combination with other conditions.) Scientists have identified alterations on a gene called PTCH which may be the common link.

Similarly, genetic changes in the APC and TP53 genes are involved in two other inherited syndromes, Turcot and Li-Fraumeni. People with these syndromes tend to develop multiple colon polyps and malignant brain tumors.

Researchers are also exploring normal brain activity pathways, such as communication patterns among cells or genes. Changes in the genes involved in cell-signaling pathways such as SHH, WNT and ERBB, have been linked to the development of medulloblastoma. Several therapies targeted at proteins in these pathways are being studied.With increased understanding of how these genetic changes contribute to medulloblastoma, researchers may one day be able to correct or compensate for these changes.

“Genetic” does not mean “inherited.” Genetic changes are those that occur in the DNA, or the inside blueprint, of a cell. No one knows what triggers these changes. Some, but not all, genetic changes can be inherited. Inherited means abnormal genes are passed from one generation to another. Medulloblastoma is not an “inherited” disease. 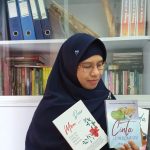 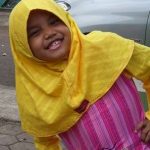